VLSI Front end course for Experienced Engineers (VG-FEDV) course is a 19 weeks course structured to enable experienced engineers gain expertise in functional verification. Majority cases, engineers does not get the hands on exposure to SV & UVM based testbench development, most of times goes in testcase coding and debug, leaving with very minimal SV & UVM expertise. This course is targeted for such engineers, to enable them get hands on exposure to complete Testbench development using SV & UVM.

Course content is same as Systemverilog course and UVM course

AXI3.0 is an AMBA protocol used for high performance applications. AXI3.0 supports various features like out of order transactions, burst transfers, cacheble and bufferable transactions few among various features supported. VIP was developed to work as both master and slave. Developed all the VIP components and validated VIP for various AXI features. Responsibilities:

AHB2.0 is an AMBA protocol used for medium performance applications. I was part of UVC development team. UVC was developed to work as both master and slave. Developed all the UVC components and validated UVC for various AHB features. Responsibilities:

Ethernet switch is a design with multiple ingress and multiple egress ports. Switch parses the packets coming on ingress port and routes them on corresponding egress port based on Destination address. I was responsible for setting up the complete TB environment including development of various TB components, reference model and checker.

AHB Interconnect is a design with configurable number of masters and slave interface. Design routes the AHB transactions at master interfaces to corresponding slaves. I was responsible for setting up configurable TB using SV & UVM for interconnect verification. I have also developed testcases and sequences for verifying various design features.

What are the Course Prerequisites?

My college curriculum covers most of these topics, why should I opt for this course?

Is it possible to cover so many things in 17 weeks?

What if I miss few sessions during course?

Course has started few weeks back, can I still join the course in between?

Do you offer support after course completion? 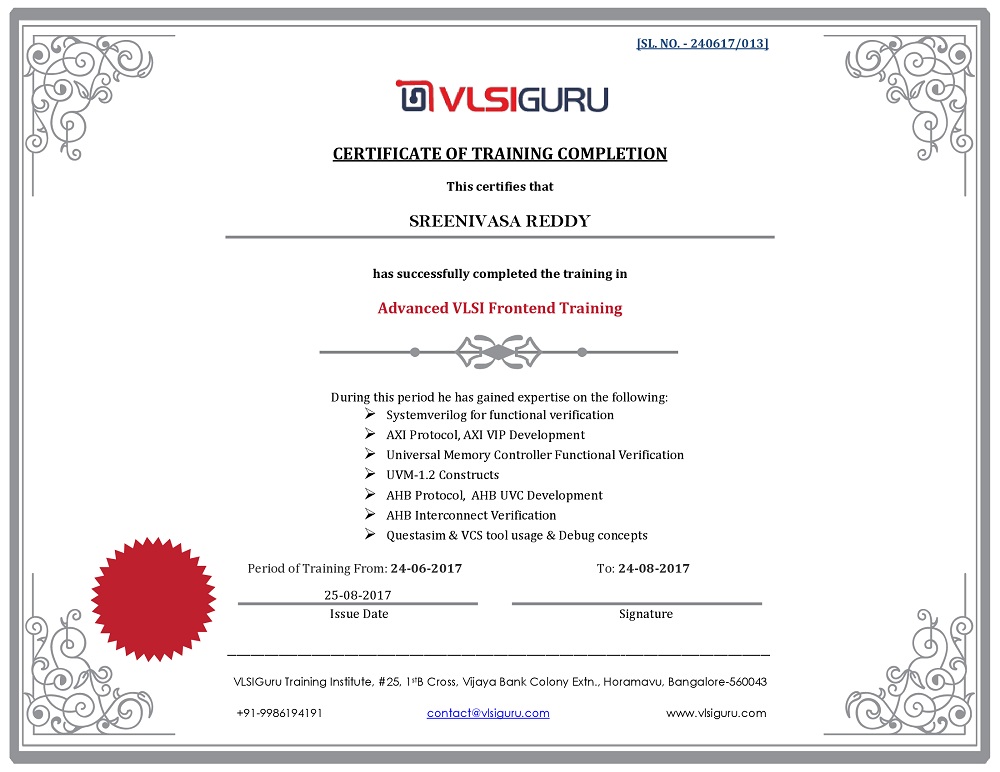 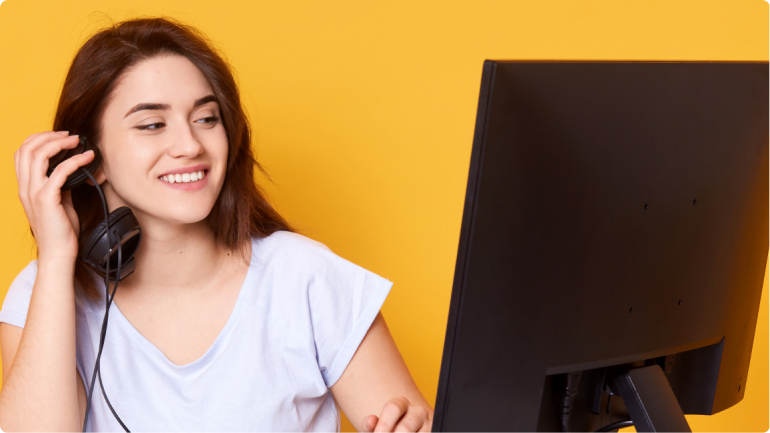 10 hours to remaining this price

Teacher is an important part of anybody's education.

I completed my post graduation in 2005. During my school and College, I always had difficulty coping up with things in classroom. But my Telugu teacher Mr. Hussain Budde during my 7th class , I used to enjoy his way of teaching, way he used to engage students by teaching lessons as stories. After that, I never found any teacher who kept sessions so much engaging. I don't want to blame my teachers, I always felt they could make sessions more engaging. I always had to spend time outside class hours to cope up with every minute of classroom session.

I as a teacher, I adopt a style of teaching which keeps session engaging and ensures that students give 100% focus on the session. I always wanted to be that one teacher, whom my students will remember for lifetime. I am making sure that, rest of trainer's also follow same.

I want your 6 months of education at VLSIGuru to be among your best learning experiences. We at VLSIGuru will do our best to make this a memorable time.